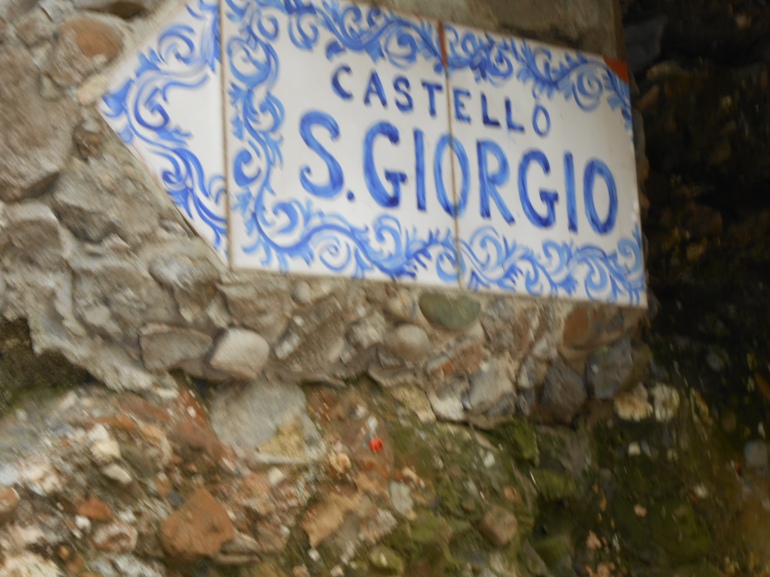 If I could be anywhere right now, transported to the remotest of locations in the blink of an eye, I would choose to find myself standing on the harbour in the beautiful Ligurian village of Portofino.

The first time I went to this little corner of paradise was during a trip to Turin, which is much further north in Piemonte (or Piedmont). We had gone down by train to Rapallo, another one of the several small towns dotted along this stretch of coastline (the Cinque Terre being the most well known). From Rapallo we took a ferry to Santa Margherita Ligure and then on to Portofino. On the second occasion, I took a ferry all the way from Genoa, where I was staying. Approaching Portofino by sea on a sunny day is an experience you don’t easily forget–watching the picturesque multi-coloured buildings set against a backdrop of lush greenery and sparkling blue sea and sky is like a rush of sugar for the eyes.

The village itself is quite small and you can walk around it on foot. The seafront is lined with restaurants, shops selling local Ligurian produce, and designer fashion boutiques. The water here is covered with a mass of boats of every shape and size, from luxury yachts to small fishing vessels. A large cobbled piazza connects to several small streets and passageways that lead up into the heart of the village, and into the greenery of the hillside. Along the main street are more restaurants and shops, mainly selling tourist souvenirs as well as original artwork and prints. Portofino was made for painting outdoors.

The views of the harbour from the top more than justify the uphill trek. There is no actual ‘beach’ in Portofino, as in a long sandy coastline where people sit on their towels–and that is part of what makes it special. It is not just another beach town, but something a touch more refined, elegant, but not altogether removed from nature and its own roots. I remember seeing children diving into the sea near the fishing boats on the edge of the harbour, whilst older family members sat on the rocks. One of the boats seemed fit for a picture, and it is one of my favourites.

Of course, most of the tourist trinkets on sale are of the usual “Made in China” variety, though you can find locally produced items if you look hard enough. One time I saw some small boat shaped fridge magnets with the word “Portofino” on it, and then saw the very same ones in St Ives in Cornwall some months later, except it had “St Ives” instead. You’d think that things like this makes such souvenirs less meaningful, but I’d disagree. For me, it’s not about where the object was manufactured but about the memories that it helps recall for me. I bought my little lighthouse magnet in a shop in Portofino, and that’s all that matters.

I was happy to discover that I am far from the only one who appreciates Portofino’s charm. The Tuscan tenor Andrea Bocceli performed a concert there in 2013, during which he gave a rendition of his beautiful new half-English/half-Italian song “Love in Portofino”. My favourite lyrics are “ricordo un angolo di cielo…” or “I remember a corner of the sky…” Listening to it, I feel transported back under that beautiful clear blue sky on a summer’s day in Portofino, the sun beating down onto the curious combination of old and new, luxury and economy, plants and buildings, and not forgetting the shades of blues and greens that linger on into the horizon.