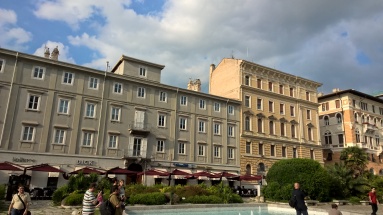 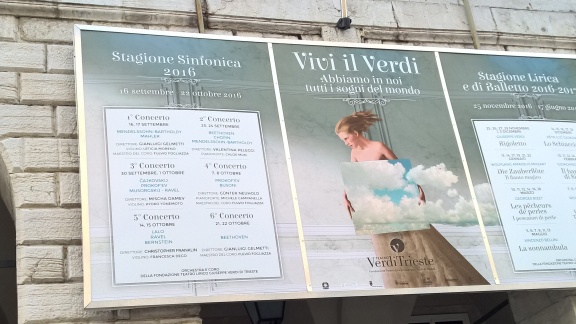 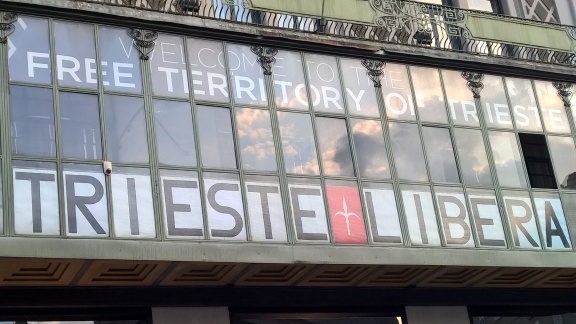 It’s been a while since the last post as I’ve been busy with other writing and various other activities that unfortunately haven’t left much time for writing articles on Italy. I do hope to find more time for it though over the next few months.

Anyway, I’m writing this sat in a little apartment in my favourite Italian city of Trieste in Friuli-Venezia-Giulia. I’m here for a short break, but also to find out a bit about the local housing market, as I’m interested in buying an apartment to let out using Airbnb or something similar. I’d also like to be able to use it as a holiday home when I travel to Italy. Compared to London, the house prices are astonishing. You can get a decent, spacious apartment for around €50,000 or even lower. Don’t ask what you can get for the same price in London. Just don’t…

I’ll be in Trieste until Wednesday, after which I’ll be travelling to Brescia to meet up with my friend Alessandra. We’ll then be going once again to her native area of Val Camonica, where I’ll stay until Friday. There is apparently a public art installation on Lake Iseo called the ‘Floating Piers’ that lets people walk across the lake to reach some of the islands.

My journey started last night at Baker Street station in London. I was flying out from Stansted in the early morning, and had decided to catch a National Express coach from Baker Street to the airport. The coach was due to leave at 11:12pm from a stop at Gloucester Place, which is ‘down the road’ from the station. Giving myself about half an hour, and trusting my (ahem) excellent navigation skills, I assumed I’d get there in good time.

Think again. For the life of me, I couldn’t find Gloucester Place. It didn’t help that my smartphone’s screen has some kind of heat damage and doesn’t display clearly sometimes. The GPS was also going haywire. I clearly should stop relying on modern technology…anyway, I got to the correct stop a few minutes too late, and actually saw the Stansted coach as it went down the road. So annoying. I waited (in the rain) for the next one to arrive, and luckily the driver accepted my ticket, even though the 11:12 time was written on it.

Getting to Stansted, I waited overnight and took the 6:05pm flight to Trieste. For some reason, my ears became blocked during the flight due to the air pressure, something that’s never happened before. At one point, it even became painful, as if something was pressing down hard on my ears. It was actually interesting to see my half-empty plastic water bottle begin to crumple right in front of my eyes–clearly showing the air pressure difference.

I hoped that my ears would get back to normal when we landed, but they stayed the same way for another hour or so, only gradually unblocking, rather painfully, as I began to swallow food and pop my ears as often as I could. I’m going to have to do something to make sure it doesn’t happen again on the flight back, maybe by using some ear plugs or even putting on earphones.

When we arrived, it was raining, and raining hard. Certainly not what it said in the forecasts when I’d checked them the day before! No, I hadn’t brought an umbrella. I mean, seriously…

I caught a bus from the airport to Trieste itself, which took around an hour. It was interesting to see shop and road signs in both Italian and Slovenian (as I assumed). Not surprising given how close we are to the Slovenian border here.

My Airbnb hosts arrived and picked me up in their car, driving me to the apartment in the south of the city, away from the coast. It’s up on the fourth floor, the very top of the building. You enter into a small hallway that leads to a (according to the hosts) new bathroom, and the kitchen. From the kitchen, there’s a door leading to the bedroom.

My hosts spent some time giving me advice on where to go, and where I could eat out nearby. When I said I was thinking of visiting Slovenia, they suggested I go to see Capodistria rather than Gorizia (a town split between Italy and Slovenia) as apparently there’s more of interest there.

After unpacking, I headed out to the nearby supermarket (conveniently just down the road). I know I’m supposed to be on holiday so probably should just eat out all the time, but doing some regular shopping is (1) less expensive, and (2) more fun, especially as you feel like a local. Rare to see tourists in a supermarket here.

Outside, there was a searing heat, over 30 degrees, and I was glad to be inside the air-conditioned supermarket. I noticed the usual morning and afternoon opening hours, with the shop about to close. I always thought it was a bit strange that shops in Italy close in the middle of the day, but, with this heat, perhaps it does make some sense.

I picked up the items on my favourite Italian shopping list :-):

After having a bite to eat and a short nap, I decided to brave the heat and walk towards the city centre. If only I’d brought the map my hosts had left for me! The GPS on my phone was all over the place, not to mention the damaged screen being barely visible in the sunshine. It was inevitable that I’d get lost pretty quickly! Anyway, since I was in little hurry (!), I decided to just keep strolling ahead, and as long as I was going north, I’d eventually reach the coast.

I walked around the Cattedrale di San Giusto, which is situated on a hilltop, and, one way or another, emerged via the Via del Teatro Romano into the Piazza Unita d’Italia, a large and beautiful piazza right on the coast. Walking east, I reached the Canal Grande, near which is a statue of the Irish author James Joyce, who spent a lot of time in Trieste. After going back onto the promenade, I decided it was time for a well-deserved gelato! I then walked towards the church of San Spiridione.

There are plenty of restaurants and cafes around this area, and I had a hard time trying to pick one to spend the evening. In the end, I decided to walk back home and make my own dinner, leaving the dinner out for Tuesday. I spotted a few estate agents, but they were all shut (it is Sunday after all).

It was a long walk back down south along Via Oriani and Corso Umberto Saba (another famous Trieste writer). Back home, I made a dish out of pasta, tuna, sweetcorn, and peas, then settled down to watch some Italian TV. Euro 2016 is on now, and it was Hungary v Belgium tonight. The Rai 24 news channel seemed to be all about the recent UK vote to leave the European Union. It’s always amusing to see British news stories being covered in Italy, and all the English names being pronounced Italian-style!

Anyway, time for some sleep! Tomorrow morning, I’ll take my hosts’ advice and head to the Slovenian/Italian town of Capodistria, before exploring Trieste a bit more in the afternoon.